The beach house house was built as a family home and was constructed around 15 years ago.

Our aim is to let the house on an occasional basis to help maintain the property and to support the local community by providing employment and funding local projects.

Andy and Aurore Down

Aurore is a Ghanaian native and her early education was in Ghana. Later, she studied at the university of Dundee and became a Chartered Architect in 1989.

Educated at Sherborne School in Dorset, Andy went on to study architecture at Dundee university. While working for the commercial practice of E.P.R (London), Andy worked on a number of large commercial projects. He became a Chartered Architect in 1987 and joined the medium sized practice of APT where he was made an associate in 1985.

Andy and Aurore also have their own architectural practice, Archplan Architects. 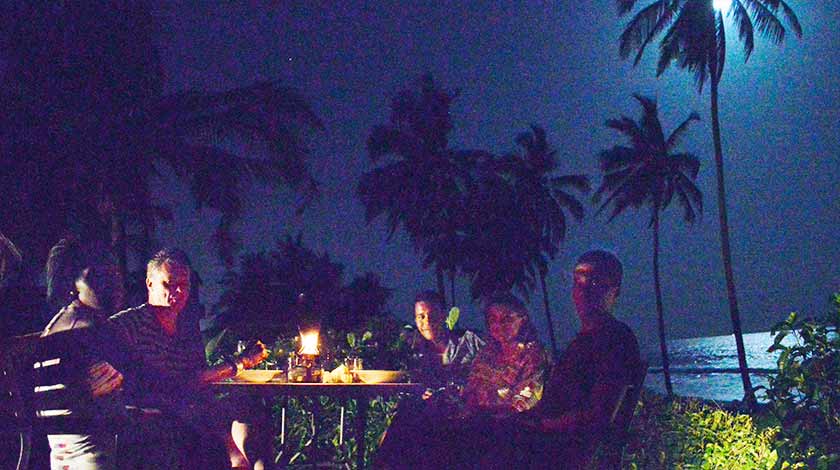 Oscar is the manager of the beach house and will be there throughout your stay. He will be able to help with many of the basics of living in Ghana. He will organize cleaning of the house, and will purchase water and diesel on your behalf.

Oscar is on the right in the photo alongside, with the Down family and guests. 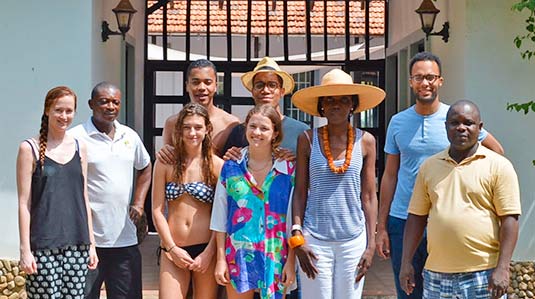 Want to find out more about Ghana Beach House?